Advantages And Disadvantages Of PHP You Should know 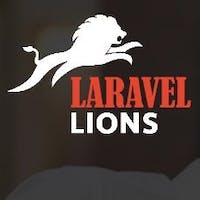 What is PHP? Hypertext Preprocessor, popularly known as PHP, is a common programming language used by web developers because of its efficiency and support for a wide range of websites, web applications, and many more. It is open-source and a server-side scripting language. Any applications written on it do not require a web browser, and they run on web servers. This has made major businesses and firms hire PHP developers. It is easy to use, making it a known language for web development. PHP is an effective technology that is used by millions of high-traffic websites-ranked as the fifth most popular programming language used in our world today. The major elements of PHP include Model View Architecture, Frameworks, Web Server, PHP Parser, Filters, Database, System Functions, and Handle Forms.

However, PHP has its advantages and disadvantages as a programming language, you should be aware of:

The flexibility of PHP makes it easy to run seamlessly on any platform. So a developer using PHP has nothing to worry about irrespective of the operating system that is used by the end-user. Because the PHP code can function on different operating systems without a fault, the server-side scripting language and hosting service providers can be easily found.

The PHP framework has a free-to-use technology, this reduces cost when working on a project. Likewise, most of the development tools used along with the PHP framework are open-source that can be used for free, which further reduces expenses on the project. Alternatively, frameworks such as laravel, and different CMS such as Drupal and WordPress, or instance, broaden the functionality of the PHP framework and aid effective and easy development process.

A regular unit-testing by developers is performed to examine an individual element of custom web applications. Most web developers use the PHP framework to carry out this test efficiently. The PHP framework enables coders to perform unit testing with no error and work with the PHP components natively.

There are many reference materials, manuals, and tutorials made available to promote the development. It also serves as a source of motivation in difficult situations when working on projects. As a newbie in web development, these documents aid growth and make the learning process easy, while the complexity gradually increases.

The PHP framework, when used for websites, makes the pages load quickly. PHP leads other website development technology in this effect, and after proper assessment, the speed of PHP is said to be three times that of Python. However, the loading period is an important factor used in SEO ranking; it promotes websites by giving rise to competitive advantages. The higher the speed of the application, the more customers get satisfied. This helps to create and keep a loyal customer base.

The PHP framework connects to many databases, but the popular one is MySQL because it is practical, cost-free, and most used among developers. Other databases that work well with PHP are SQLite, mSQL, S-SQL, PostgreSQL, and many more. Also, non-relational databases such as Redis, ElasticS search, and MongoDB can all be used alongside the PHP framework. By so doing, developers can explore several databases and will pick the one with maximum functionality for their projects, with all relevant factors considered.

Disadvantages of PHP 1. Security flaws The level of security on PHP-based products has become a reoccurring issue. The PHP open-source nature makes it vulnerable to programmers, with the library always filled with useless codes, making the server sluggish. Programmers with vicious intent and technical know-how can take advantage of these loopholes to cause damage to your project.

Though a tool with many reference documents, the PHP framework, is not the most accessible programming language to learn. For web application development, there are easier languages that can be learned and used by amateur developers. For example, Python is most preferred, and with continuity in this area, PHP is gradually declining and will not have many specialists in the future, which might lead to an increase in cost for the services of PHP based products, because of the limited number of amateur developers that provides basic skills at a low budget cost.

Although the PHP framework has its libraries, it can not provide effective and fast alternatives such as Scikit-learn, TensorFlow, Keras, and Theano, which are all offered by Python and used for machine learning. If your applications need ML functions, PHP is not advisable.

PHP is among the best and most used programming languages to create a huge chunk of web applications. While it offers surplus advantages, it also has its disadvantages. However, you can maximize the framework by hiring the best PHP developers.